Articles from Christian teachers and leaders. Designed to help you as you follow Jesus here in Vanuatu 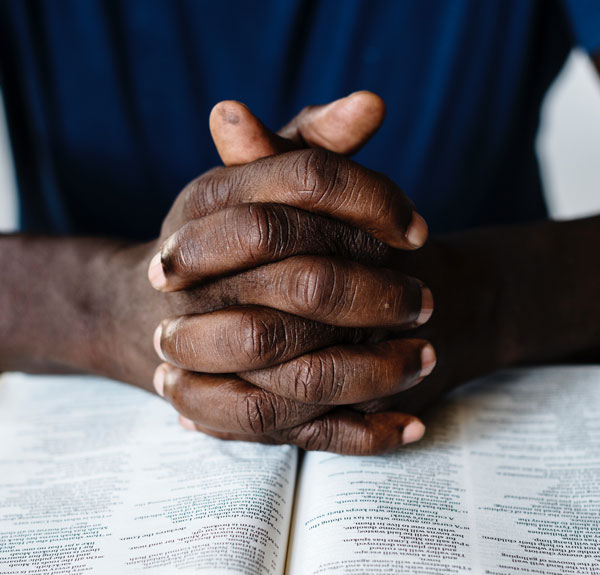 Three Ways to Get Spiritually Refreshed 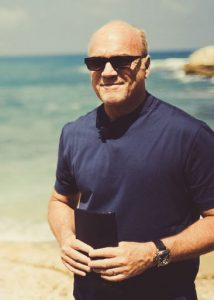 I love the word refresh. It’s such a perfect word to describe starting again or returning to something. In fact, we even use it as a computer term. Sometimes when I’m working on my computer, leave it for a while, and then come back, things freeze up. Certain programs aren’t working properly anymore. So I have to refresh my computer screen. And there are times when that means I need to completely reboot.

On the day of Pentecost, Peter said to the people, “Repent therefore and be converted, that your sins may be blotted out, so that times of refreshing may come from the presence of the Lord” (Acts 3:19 NKJV).

The word refresh means “to give new strength,” “to give energy to,” and “to reinvigorate.” Could you use some spiritual refreshment right now? The place to find that is from God Himself.

1. Refreshed in the Word of God 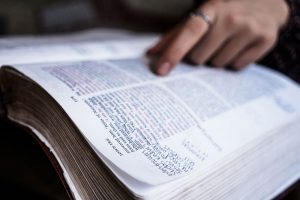 The Bible is very specific about how we can find refreshment for our souls. For example, Psalm 19 says, “The instructions of the Lord are perfect, reviving the soul” (verse 7 NKJV). We will find spiritual refreshment when we read and study the Bible.

Of course, it isn’t always an emotional experience when we open up the Bible and read it. But this is not about emotions; this is about replenishment. This is about restoration, getting perspective on life, and getting direction from God. And as you open the Bible, the Word of God, it will refresh your soul.

Have you ever been reading the Bible and suddenly a verse seemed to jump off the page? Maybe it was a verse you’ve read before, but amazingly it had new meaning and applied to your particular situation. That is finding refreshment from the Word of God. 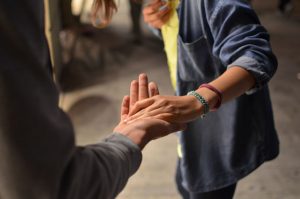 You also will be spiritually refreshed when you think of others more than yourself. I know this is counterintuitive to the selfie culture in which we’re living. People are trying to get more followers on social media and are very aware of their image. And sadly, we’ve heard stories of people who have literally died trying to get the ultimate selfie.

The truth is that when you stop thinking about yourself so much and instead think about others, it will refresh you spiritually. The Bible actually tells us, “Those who refresh others will themselves be refreshed” (Proverbs 11:25 NLT). As you’re giving to others, you’ll find that you’re replenished yourself. 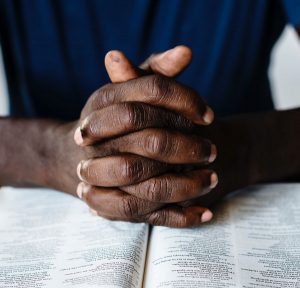 There is also refreshing power in prayer. Why do we put off prayer? Why do we avoid praying? Allow me to offer some observations. Maybe we don’t pray more because we think we don’t have the time.

But is that really true?

How much time do we spend on social media every day? The latest research says that people in the United States check their Facebook, Twitter, and other social media accounts 17 times per day. That’s once every waking hour.

Imagine if you prayed 17 times a day instead of checking your social media. John Piper put it this way:

“One of the great uses of Twitter and Facebook will be to prove at the Last Day that prayerlessness was not from lack of time.”

How true is that? Then factor in all the hours we spend binge-watching shows on Netflix, Amazon Prime, or some other outlet. We can waste so much time. So don’t say that you don’t have time to pray. The fact is that you will make time for what matters to you.

Maybe we don’t pray because we don’t think prayer is all that important. Of course, we never would admit that outright. But do we really think it’s important? I can assure you that it’s very important.

Why Prayer Is Crucial

The Old Testament book of Joshua tells a story about the Israelites who were led out of the bondage of Egypt into a new land flowing with milk and honey. But there was an obstacle in their path: the mighty city of Jericho, a huge fortress. There was no way they could bring it down militarily, but God had said He would give them that city.

So they prayed and called on God, and He gave them a battle plan, which I have to admit was pretty unorthodox. They marched around the city, yelled, and blew trumpets. But it worked. The walls of the fortress crashed down, and they took control.

We need to pray about everything. The Bible tells us, “Be anxious for nothing, but in everything by prayer and supplication, with thanksgiving, let your requests be made known to God” (Philippians 4:6 NLT). Notice it doesn’t say that “in some things” or in “only the big, scary things” we should make our requests known to God. Rather, it’s

“in everything” that we should make our requests known to Him.

Maybe another reason we don’t pray more is because we don’t think that prayer really works. Again, we wouldn’t admit that, but it may be the case. Let’s understand what the objective of prayer is. It is not to align God with our wills; it’s to align us with His will.

God is not a genie; He’s our Father in Heaven.

If you’re studying and memorizing Scripture and understanding the message of the Bible, then your desires will change. Thus, your prayers will change as well.

Do you want to be spiritually refreshed? Then study the Bible, the Word of God. Put the needs of others above your own needs. Spend time in God’s presence through prayer. Then you’ll find the refreshment you’re looking for.

You can hear ‘A New Beginning’ with Pastor Greg Laurie weekdays on your local Laef FM station.

This article originally appeared on Harvest.org and has been used with permission from Harvest Ministries with Greg Laurie, PO Box 4000, Riverside, CA 92514 USA

Self Care is not Selfish

It is important to look after your well being, physically, mentally, socially and Spiritually

END_OF_DOCUMENT_TOKEN_TO_BE_REPLACED 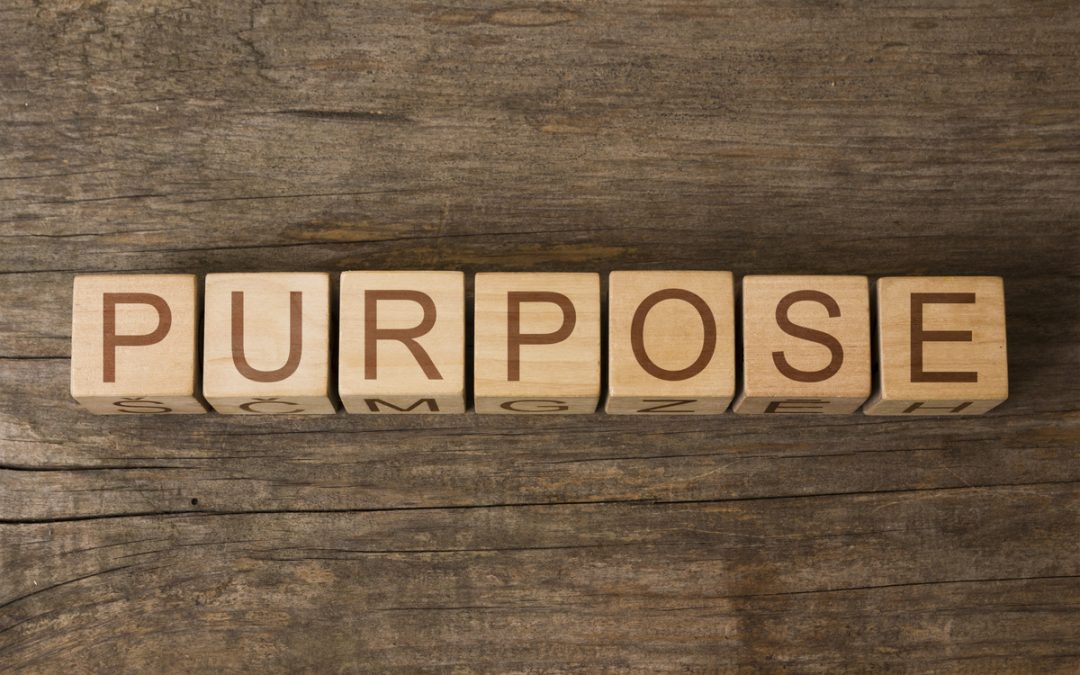 By Author: Sabrina Peters When you hear the term ‘purpose’, what words come to mind? Success? Happiness? Meaning? Wealth? Marriage? Influence? Affluence? Talent? Relationships? As a Christian, I find my answer in God’s Word. Romans 12:1-2 (TM) puts it like this, “So, here’s what I want you to do, God helping you: Take your everyday, ordinary life—your sleeping, eating, going-to-work, and walking-around life—and place it before God as an offering. Embracing what God does for you is the best...

END_OF_DOCUMENT_TOKEN_TO_BE_REPLACED

Shining Light into a Dark and Desperate World

Dear friends, If you’re old enough you may remember the Beatles’ hit song in the 60’s called “Help”. John Farnham also did an impassioned version of it in the early 80’s. And if a modern day artist were to record it, I suspect it could become an anthem once again, especially the line, “Help me if you can, I’m feeling down”. It is no wonder anxiety and depression are at all-time highs, with so much bad news, disunity, fear, speculation and opinion. Add in the uncertainties of lockdowns, many...

END_OF_DOCUMENT_TOKEN_TO_BE_REPLACED 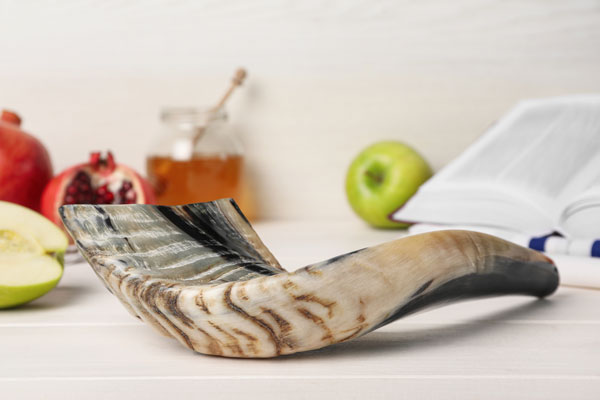 Feast of Trumpets – What We Learn As Christians

The End of the Age. What emotions does that statement provoke? It can be a controversial subject for God’s people. It’s a Biblical topic that many Christians find difficult to engage with. And there is no shortage of perspectives on how current events relate to Biblical end times.   Old Testament feasts and celebrations bring into focus end times through Jewish eyes. There are seven feasts in the Jewish calendar traced to the Old Testament. These early feasts may foreshadow Jesus’ first...

END_OF_DOCUMENT_TOKEN_TO_BE_REPLACED

As a kid, you had big hopes and dreams for your life. And then, reality set it. In this Focus on the Family video Chrystal Evans Hurst shares how she had to place her aspirations aside first, as a teenage single mother, then again later in life when she became the breadwinner for her family. You’ll be encouraged to rediscover your identity in God and reclaim your dreams of long ago. Focus on the Family provides relevant, practical support to help families thrive in every stage of life.  You...

END_OF_DOCUMENT_TOKEN_TO_BE_REPLACED 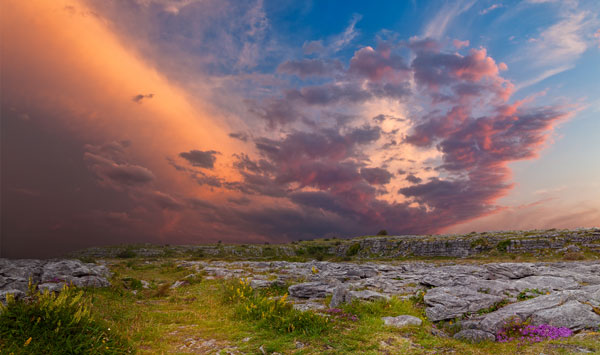 Your Offenses Have Been Swept Away

END_OF_DOCUMENT_TOKEN_TO_BE_REPLACED

A Prayer for Troubled Times

END_OF_DOCUMENT_TOKEN_TO_BE_REPLACED

How to Win Spiritual Battles

By Pastor Greg Laurie They have made God’s law their own, so they will never slip from His path. Psalm 37:31 NIV Have you ever noticed that when the Bible talks about spiritual armour, only one piece is an offensive weapon? This armour includes the belt of truth, the breastplate of righteous, the shoes of the gospel of peace, and the helmet of salvation. Then we have the sword of the Spirit, which is the Word of God. Now, a soldier in the first century wouldn’t fight his opponent with a helmet...

END_OF_DOCUMENT_TOKEN_TO_BE_REPLACED

How Much Should We Tithe?

Alex Cook is the founder of Wealth With a Purpose and brings his own brand of practical financial wisdom to issues that affect us all. One common question Alex often gets asked is around tithing. He recently did some research around how often the word tithe was searched for every month and discovered that there were 80,000 searches! It’s a topic that Christians have a great deal of interest in. In many churches, people hear the word tithe mentioned each week. And therefore, they want to know...